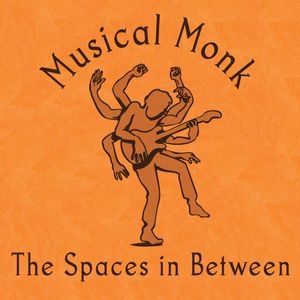 "The evident talent and jamming abilities is presented on tracks like the Grateful Dead-esque, "In the Sun" and the funk driven "Eight Short Years....The albums diversity makes The Spaces in Between an appealing album to both mainstream and jam-centric audiences." - Relix Magazine

Download FREE at bandcamp.com for a limited time!
Also Available for Free Streaming and/or Purchase at the sites listed below
About The Album
This album was a long time in the making. Since 2010, I started envisioning a very specific sound that mixes James Taylor, The Band, Phish, Paul Simon, Norah Jones, John Mayer and more recently Mumford & Sons. The music covers a very broad spectrum of emotion and style, spanning Rock n Roll, Funk, Folk, Bluegrass, Phish-infused flavor, Reggae, Ska, Blues, Dead-like west coast vibes and more. It contains my most honest music. Every word is autobiographical, but i made every effort to leave the meaning of the songs open ended so that most people will associate the lyrics with their own experiences and not mine.

"The Spaces in Between" features these amazing musicians:

The album was recorded and mixed at The Bunker Studio, Brooklyn NY
John Davis Mixed the album and both he and Jacob Bergson recorded it.
Randy Merrill Mastered the disk at Masterdisk, NYC
The album cover Drawing was done JP Jacquet.
Tom Delpizzo did the graphic design
and Dan Lucal contributed his photography.


Album Review
"Musical Monk draws from a wide variety of musical influences on their debut album, The Spaces In Between. The evident talent and jamming abilities is presented on tracks like the Grateful Dead-esque, "In the Sun" and the funk driven "Eight Short Years." Led by guitarist/vocalist Dan Griffith, the big band's line-up is stacked with key players like keyboardist Tim Peck and Trey Anastasio Band trombonist Natalie Cressman, who can solo and support Griffith's original compositions. Though the mellower songs such as "Steady as She Goes" add a nice change of pace, the band functions best when they follow their jamband tendencies. The album's diversity makes The Spaces in Between an appealing album to both mainstream and jam-centric audiences. The album serves as an intriguing look at Musical Monk's abilities in the studio and gives promise to their live performance."